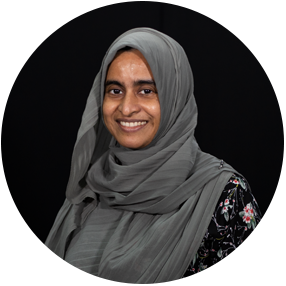 Fathimath Naziya has acquired over 15 years of experience in the field of teaching and education. Starting her career initially as a teacher in Majeediyya School and later as a Secondary Teacher at the Centre for Higher Secondary Education (CHSE), she soon became the Head of the Chemistry Department and was subsequently promoted to the post of Supervisor and Leading Teacher. In 2009, she became the Deputy Principal of CHSE, where she continued to serve for 6 years, until she assumed the post of the Controller of Examinations at the Maldives National University (MNU).

Naziya obtained her Master of Science degree at the University of Wollongong in Australia (2005) and her Bachelors at the Macquarie University in Australia (2002). She further completed her National Diploma in Secondary Teaching (1997) and Certificate of Teaching Middle School (1995) at Institute for Teacher Education in the Maldives.

Naziya is recognized for her academic excellence and some of her most notable achievements include attainment of first place in the National Diploma of Secondary Teaching Course in 1998 (Maldives), 3M Pharmaceutical Prize for proficiency in 300-level chemistry in 2001 (Australia), and RACI Student Prize for meritorious performance in undergraduate chemistry in 2002 (Australia). She was also awarded the President’s Award for Special Achievement in 2003 (Maldives).

Being an educator at heart, Naziya’s interest range from teaching, conducting scientific research, and planning and experimenting new methods of problem solving to improve effectiveness of existing strategies.